Having a goal without a plan is merely a wish

Tarquin Edwards founded Peckwater PR in 2009 following over 15 years in the City in the financial PR industry.

He has advised on a large number of M&A and IPO transactions as well as providing crisis communications and litigation support. He has considerable experience co-ordinating and implementing media and IR campaigns for mid to smaller quoted and privately owned companies. He was a principal in the team voted financial PRs of the year in 2006.

Tarquin's earlier career at other agencies has encompassed Dewe Rogerson, Millham Communications, Holborn PR, Binns & Co and Adventis Financial PR (part of the Adventis Group plc), out of which Peckwater was borne following an MBO.

Tarquin has a Masters degree from Oxford University (Christ Church) in Late Antique & Byzantine Studies and has a BA Hons degree from the University of London (Royal Holloway) in Ancient and Medieval History.

Prior to entering the world of financial PR, Tarquin began his career in the Fine Art world, working for Wildenstein & Co Ltd, the international fine art dealers. He is a Fellow of the Royal Asiatic Society. 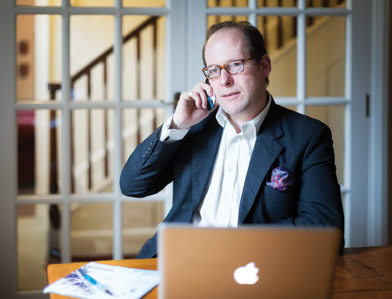